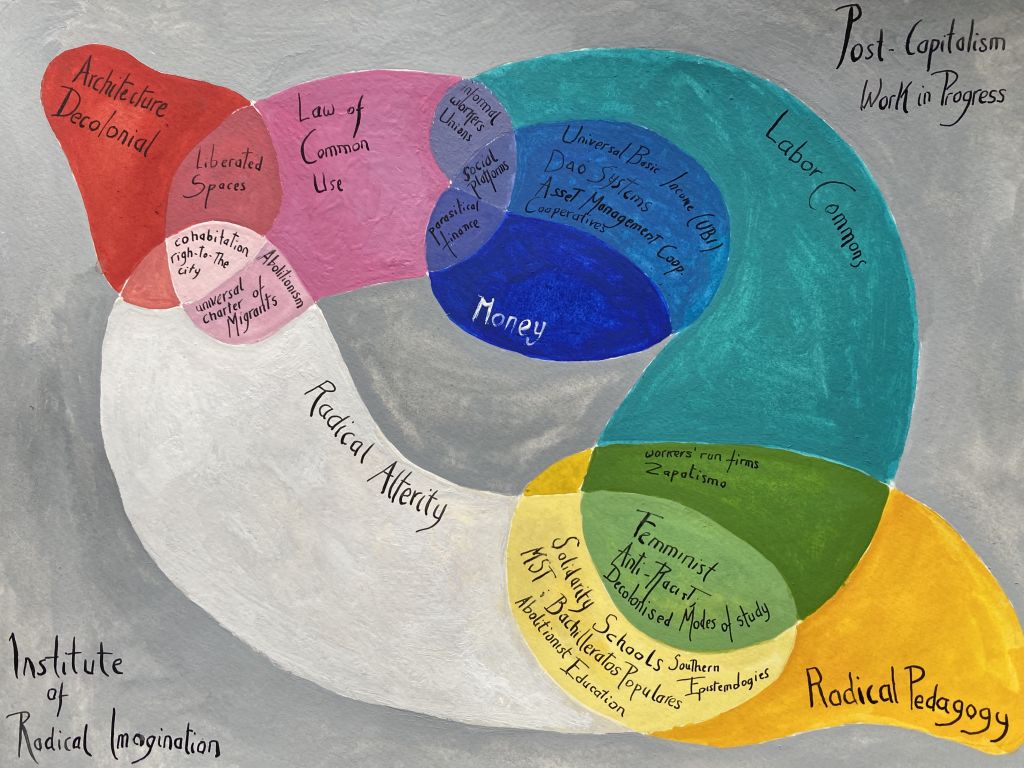 We are proud to announce another entry in our FEINART Lecture Series. On September 23 at 17:30 BST (18:30 CEST) the writer, filmmaker and anthropologist Massimiliano Mollona will present the lecture: “ART/COMMONS. Internationalism, Post-capitalism, and the Radical Imagination.”

In this FEINART lecture Massimiliano Mollona discusses his notion of ART/COMMONS as both horizon and praxis of human freedom. Neither just artistic co-production – or the equivalent notions of participatory art and relational aesthetics – nor simple direct action, ART/COMMONS is a set of practices and reflections that resists capitalist commodification, but at the same time are not subsumed to the neoliberal logic of free gifts and of the frictionless and egalitarian “inoperative community”. In the talk he focuses especially on the Institute of Radical Imagination, a think-tank consisting of curators, artists, and scholars, involved in forms of research intervention for the transition into post-capitalism and at the threshold of Europe and the Mediterranean.