THE FOUR BENEFICIARIES HAVE EXTENSIVE EXPERIENCE IN TEACHING AND RESEARCH INTO THE NEW FORMS OF SOCIAL ENGAGEMENT IN ART, EACH OFFERING A PARTICULAR RANGE OF TEACHING SKILLS AND ACADEMIC RESOURCES:

The University of Wolverhampton has been providing students with the opportunities presented by a first-class education for over 180 years.

With over 500 courses to choose from delivered across our 18 Schools and Institutes, the University of Wolverhampton’s attractive offering to students from around the world includes 96% graduate employability (Destination of Leavers of Higher Education survey 2015), teaching informed by world-leading research, strong business links, and state-of-the-art facilities.

The Wolverhampton School of Art, where the ESRs will be based, has a heritage that stretches back to the period of the Great Exhibition of 1851; its vision is to shape the future of the arts and creative industries in contemporary society. The iconic School of Art building on Molineux Street is the home of its expert practitioners, exploring the beauty of form and materials and solving practical challenges in subjects rooted in a contemporary curriculum. Recognised for the quality of their research, both in the UK’s Research Excellence Framework and internationally, staff continually feed the latest research innovations into their teaching. 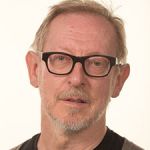 Professor of Art & Aesthetics in the Faculty of Arts, Business and Social Sciences, and leader of the Research Cluster ‘Art Philosophy and Social Practice’. His research has covered three main areas since the early 1990s: art’s critical autonomy, the possibility of realism in art (as a claim on ‘truth’ as opposed to realist ‘aesthetics’ or ‘resemblance’) and emancipatory technique. In this sense he sees himself working within a critical theoretical tradition, that sees art as a mode of becoming that defies the normative order of capitalist reason, without assuming that the special dispensations of art and creativity miraculously escapes commodity relations; art’s emancipatory logic is immanent, rather than transcendent. As such in his writing over the last thirty years he has placed a strong emphasis on the connection between this logic and negation and non-compliance (The Philistine Controversy [with Dave Beech] Verso, 2002, ‘The Amateur’s Retort’, CCA Wattis Institute, San Francisco, 2008, Photography and its Violations, Columbia University Press, 2014, Revolutionary Time and the Avant-Garde, Verso, 2015). Art can only remain art, if it constantly defies its own it is given or inherited predications as art. This is why Robertsholds to some notion of autonomy in art, and why he has given a great deal of attention to the writing of Adorno since the 1990s even though his theory of autonomy is largely post-Adornian. Art today is no longer attached to the aesthetic predicates of the art object; on the contrary, its sense of possibility is immanent to the heteronomous (the actual) itself. Art’s movement into the ‘expanded field’ is irrevocable. This is why recently Robertshas done a lot of work on sorting out where exactly art sits as art – as opposed, that is, to being a branch of the culture industries – in this new space of engagement (The Intangibilities of Form, Verso 2007, ‘Art After Deskilling’, Historical Materialism, 2010, ‘Art, Neoliberalism and the Commons’, The Art of Direct Social Action, eds. Karen van den Berg , Cara M. Jordan, Phillip Kleinmichel, Sternberg Press, 2019, and ‘Art, Value, and Value-Form Theory’, The Value of Critique, eds, Isabelle Graw and Christoph Menke, Campus Verlag, 2019, all address this question). It is imperative not to lose sight of the fact, after conceptual art, that the experience art is irreducible to the object – as Adorno himself realized, obliquely, in Aesthetic Theory. 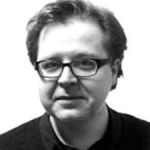 Alexei Penzin is a Reader in Philosophy and Art Theory at the University of Wolverhampton, and an Associated Research Fellow at the Institute of Philosophy of Russian Academy of Sciences, Moscow. He has published numerous articles in such journals as Rethinking Marxism, Mediations, South Atlantic Quarterly, Crisis and Critique, Radical Philosophy, e-flux, as well as in many edited collections. His essay Rex Exsomnis was part of the dOCUMENTA13 series (2012). Penzin edited and authored an afterword for the Russian translation of The Grammar of Multitude by Paolo Virno (2013), and co-edited, with John Roberts, the English translation of the book Art and Production by Boris Arvatov, one of the key theorists of the Soviet Avant-garde (2017). He is one of the founding members of the group Chto Delat (“What is to be done?”), an internationally recognized collective of artists, writers and academics. Penzin is also a member of editorial boards of the journal Stasis (Saint-Petersburg) and the Moscow Art Magazine. Currently, he is preparing a monograph on sleep and capitalist modernity for Bloomsbury Academic. 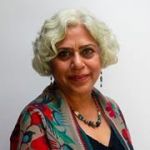 Meena Dhanda is Professor of Philosophy and Cultural Politics and leads a research group Language, Power and Society. She arrived in the UK from Punjab, India in 1987 with an award of a Commonwealth Scholarship for her doctoral work in Philosophy at Balliol College, Oxford University. In 1992 she began teaching a broad range of areas in philosophy at Wolverhampton. From 2007 she is engaged in doing empirically informed social, moral and political philosophy and is internationally recognised as a leading academic in the development of diaspora Dalit studies. Her research focus is on understanding injustices, prejudices and misrepresentations suffered by powerless groups, which she pursues through transdisciplinary studies, specifically connecting caste, class, gender and race. Meena is interested in guiding research in social and political philosophy, ethics, cultural politics, identity, feminist philosophy, theorists of anti-racism and anti-casteism.

The University of Iceland, founded in 1911, is a progressive educational and scientific institution, with total revenue of 88.2 M€ per year. It is a research led state university, situated in the heart of Reykjavík, the capital of Iceland. A modern, diversified and rapidly developing institution, the University of Iceland offers opportunities for study and research in almost 400 programmes spanning most fields of science and scholarship: Social Sciences, Health Sciences, Humanities, Education, Natural Sciences and Engineering. The University employs over 1.300 people, and has over 14.000 students of which there are more than 500 PhD students. The University of Iceland has set itself the long-term goal of being ranked among the 100 best universities in the world and to employ internationally recognized quality standards in all evaluation of its work. In October 2013, the University of Iceland was ranked among the 251-275 of the best universities in the world according to the Times Higher Education Supplement and is currently ranked number 222. 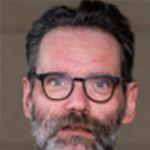 Professor of Comparative Literature and Cultural Studies, he has published a number of books and articles on artistic avant-garde movements and other currents of cultural modernity in the 20th century, focusing on the links between aesthetics, political practices, ideological critique and notions of cultural subversion. 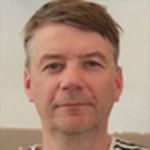 Professor of Philosophy, he has published and lectured widely on French and German 19th and 20th century philosophy, paying specific regard to ontological, political and perceptual aspects of reality. He is currently supervising two PhD students working within social phenomenology and hermeneutical philosophy. 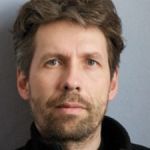 Prof Jón Ólafsson Professor of Cultural Studies. His research is in the field of political philosophy and he has lectured and published papers on democratic theory, including participatory and deliberative democracy and political epistemology.

Zeppelin University (ZU), sited in Friedrichshafen on the shores of Lake Constance, is a German state-accredited privately-funded university with BA, MA & PhD programmes in the fields of economics, culture and politics. It is committed to interdisciplinarity in research, teaching and learning. Since its foundation in 2003, Zeppelin University stands for an innovative interdisciplinary academic approach and excellence in socially relevant research bridging culture, economics, and politics. As a small university with around 1000 students, ZU has established an outstanding reputation in the areas of research-based learning, project-based teaching in small groups, and student research. Life on the ZU campus is shaped by numerous socially and politically engaged student initiatives and the main campus building has been awarded several prizes for innovative architecture. With its ‘Center for Cultural Production’ and its research cluster ‘Arts Production and Cultural Policy in Transformation | ACPT‘ the university has developed a leading teaching and research platform for future cultural managers and curators. ZU’s MA in “Pioneering in Arts, Media & the Creative Industries” and its research in the fields of art theory, curating, and cultural policy is committed to critically support a new understanding of the role of arts in social change. Since its foundation the university has run its own arts programme which transforms the university itself into an artistic space and has worked with artists and collectives such as Alfredo Jaar, Forensic Architecture, Gunilla Klingberg, Dan Perjovschi, Gregory Sholette and many others. Renowned academics like Eva Illouz and Hans Ulrich Gumbrecht have served as Visiting Professors and the University has hosted a number of conferences on socially-engaged art. 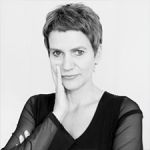 Professor of Art Theory & Curating and head of the university’s arts programme. Van den Berg has published and lectured widely on socially engaged art, activism, theory and history of curating, museum architecture, and artistic epistemology. She has co-edited the volumes “The Art of Direct Action“ and “Art Production beyond the Art Market?”. Currently she is supervising four PhD students in the fields of art and politics, artistic epistemology, and the social effects of architecture. 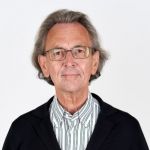 Senior-Professor of Sociology of Art and Creative Economy. Franz Schultheis has published and lectured widely on art field (galleries, art fairs and collectors), visual sociology, poverty and social inequality. He recently has co-edited “Pierre Bourdieu und die Fotografie“ and “Habitat&Habitus”. Currently he is supervising five PhD students in the fields of art markets  and the social politics. 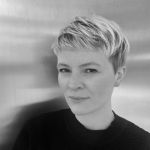 Rahel Spöhrer (born 1986) is academic employee at the Horizon 2020 project „FEINART”, Chair for Art Theory & Curating at Zeppelin University.
She studied law, philosophy and cultural studies in Dresden and Witten/Herdecke. She works as a dramaturg and project manager in the fields of theater and performance art and is founding member of the performance collective THE AGENCY. Beyond that she is involved in several teaching activities: amongst other things, she worked as a mentor at the Universität der Künste Berlin and has been teaching at the Athens School of Fine Arts.

The University of Edinburgh is one of the world’s top universities, consistently ranked in the world top 50, and ranked 19th in the QS (Humanities) World University Rankings. Edinburgh is one of Britain’s leading research universities, as reaffirmed by the results of the 2014 Research Excellence Framework (REF), the nation-wide system for assessing the quality of research among higher education institutions. Edinburgh is a member of Universitas 21, an international network of leading research universities, a member of the League of European Research Universities (LERU), and a member of the Coimbra Group, an association of European multidisciplinary universities of high international standard, as well as equivalent groups in the UK such as the Russell Group and Universities Scotland. The School of History of Art is one of the five schools of Edinburgh College of Art (ECA), which also includes the School of Art, the Reid School of Music, the School of Architecture and Landscape Architecture and the School of Design. The School of History of Art is the largest history of art unit in the UK outside of London, and second only to the University of London’s Courtauld Institute in size. It is home to 54 PGR students (of which 51 are PhDs) while ECA has 293 PGR students (of which 270 are PhDs) in total. The School offers five Masters programmes, including the MSc Modern and Contemporary Art which recruits 30 students annually while of relevance is also the new MSc by Research in Curatorial Theory and Practice launched in 2017 and led by the newly appointed Lecturer in Curatorial Theory and Practice. 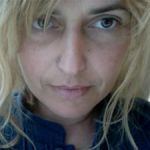 Dr Angela Dimitrakaki is a writer and Senior Lecturer in Contemporary Art History and Theory at the University of Edinburgh, which she joined in September 2007. She is Programme Director of the MSc in Modern and Contemporary Art. 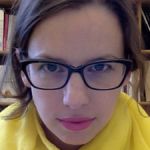 Kirsten Lloyd is a curator and Lecturer in the School of History of Art. She Directs the MSc by Research in Collections and Curating Practices. Her research focuses on late 20th and 21st art, including lens-based practice, participatory work, the art document and realism as well as the histories, theories and pragmatics of curating.