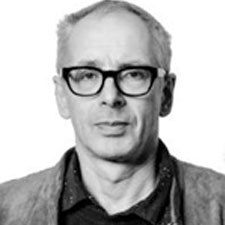 As a researcher, writer and director, Kossoff worked in the film and TV industry for a number of years, making documentaries and drama films for Channel 4TV and others. In recent years he has made films on his own or with grants, e.g. Arts Council. Kossoff has also written for various journals and edited books, focusing on issues of praxis, the work of Walter Benjamin, and Stiegler’s ideas around technics.

In the past few years Adam Kossoff’s experimental and essayistic films have travelled the world to film festivals and screenings and are distributed by Lux.org. His work explores the spaces and places we live, and how the history of these spaces affect and move us in the present. He has screened and exhibited work at the Iran International Documentary Film Festival (2018), London Film Festival (2106), Montreal World Film Festival (2016), the ICA (2106), East End Film Festival (2015), Wolverhampton Art Gallery (2105), Dudley Zoo (2105), and Whitechapel Gallery (2014), amongst others.

His DVD films are distributed by LUX and the BFI.

Some Recent Selected exhibitions and screenings including –

2018: One Or The Other, East End Film Festival, London