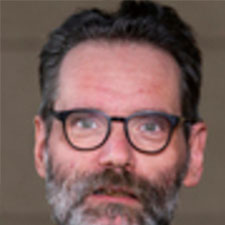 Professor of Comparative Literature and Cultural Studies, he has published a number of books and articles on artistic avant-garde movements and other currents of cultural modernity in the 20th century, focusing on the links between aesthetics, political practices, ideological critique and notions of cultural subversion.

He is currently the supervisor of four PhD-projects at the University of Iceland, dealing with different aspects of Icelandic cultural history in the 20th and 21st centuries. Since 2004 he has supervised 15 MA-theses in four different disciplines.

Benedikt Hjartarson is a founding member of the European Network for Avant-Garde and Modernism Studies and has been a member of its steering committee since its foundation in 2007.