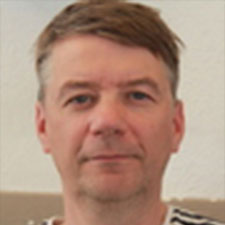 Professor of Philosophy, he has published and lectured widely on French and German 19th and 20th century philosophy, paying specific regard to ontological, political and perceptual aspects of reality. He is currently supervising two PhD students working within social phenomenology and hermeneutical philosophy.

Several students have completed their MA theses under his supervision, dealing with such issues as the interaction between new materialism and artistic practice, and the notion of becoming-animal in Deleuze and Guattari.